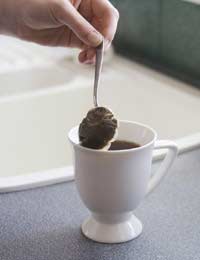 In any kind of business, there will inevitably be a certain amount of junior work to be done, whether it's running errands, dealing with data entry, or tidying up at the end of the day.

Many businesses automatically allocate all of this to the youngest workers, but this can breed resentment, especially in a family business where the situation mirrors the allocation of domestic chores. If you want your family business to survive across generations then it's important to keep those younger people engaged, so your management of junior work will require careful attention and skill.

The Value Of Work

The value which employees within your business attach to different types of work depends largely on how much you are seen to value them. This means that it's important that you give due credit to everybody who is working hard, even if they are 'only' doing junior work. Consider ways in which you might be able to reward this sort of work when it's done well. Bonuses and prizes don't have to amount to much in financial terms to be worth a great deal in terms of morale. What employees often want most is simply for their efforts to be noticed and appreciated by other people.

Junior work is more likely to become frustrating when there's no end in sight to it. Often jobs like this involve tasks that have to be repeated without apparent benefit - tidying up, for instance, can seem pointless when other employees are just going to make a mess again. To make these jobs feel more worthwhile, some emphasis has to be placed on longer term goals. These can be simple to implement. For example, if the person who tidies your office feels they're getting nowhere in the long run, you can also give them plants to tend as part of their job, and they can watch their plants grow and flower. This will help to give them the feeling that they're making progress.

In the longer term, you should aim to develop working patterns that let people know they won't be stuck with junior work forever. If your family business is too small to make hierarchical progression easy, since you don't have much staff turnover, you can at least provide training so that junior staff members can acquire new skills, and you can try to give them different responsibilities as and when the opportunity arises.

Try to give them progressively better job titles even if they're doing much the same work, so that they can build their CV's and broaden their long term options.

It can be difficult getting people who are used to executive management jobs to tidy up after themselves, but if you can share out even a fraction of the burden of junior work, you can create a healthier working environment for everybody.

This is especially true if you can persuade all your workers to get up from their desks and do physical work ooccasionally, even if it's very minor - this can do a lot to relieve posture and stress related health problems. Though it may seem strange at first, in an environment where everybody is doing small amounts of junior work for themselves it soon comes to seem ordinary. It can also create a more dynamic and friendlier working environment. For instance, rather than getting their cups of tea made for them by a junior staff member, whom they may then look down on, they can receive them as a favour from a colleague of equal standing - a friendly gesture which they will expect to return at some point.

Where junior work is the provenance of specific staff members, it's still important to make them feel like part of the team. Encourage others to be polite to them and make an effort to do so yourself. Don't let them build up resentment at apparently dead-end work. Show them how they are contributing to a forward-looking, successful family business.

The Achievements of Women in Family Businesses

Management Responsibilities within a Family Business

Dealing with Family Members who are Silent Partners