When Children Don't Want to Become Part of the Business 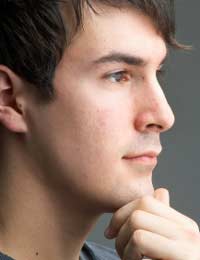 For many people, the whole point of working hard to build up a family business is that they can ultimately hand it over to their children to make sure they're well provided for. But sometimes children simply don't want to be involved. They may have no interest in business, they may have other ideas about what they want to do with their lives, or they may feel suffocated by the pressure that comes from staying so close to the domestic unit. When this happens, is there anything you can do? Can you persuade them to change their minds? If that proves impossible, what will the future of your business be?

Often children's reluctance to be involved in the family business isn't rooted in a dislike of the business itself but has more to do with a need to assert their independence. This is vital for all young people as they move into adulthood, and they'll need space in which to do it. Don't think of them as ungrateful for what you've done for them. It's usually not that they resent your having provided for them, it's that they need to prove - to you and to themselves - that they can get by on their own.

In this situation, the more pressure you put on your children, the less likely they are to commit to the business. What you need to do is to take the pressure off and show a willingness to support them - or at least to remain on friendly terms - no matter what they chose to do. That way your children can find the space they need to explore their own potential. They may simply not have the temperament for business and may end up choosing different careers, but a lot of young people just need a few years away and subsequently return to join the family business. When they do so, they bring lots of fresh experience and ideas with them.

Sometimes when children are theoretically willing to work in the family business, they're put off by the type of work they're offered or by the way that business is generally conducted there.

It's important not to make the business an unappealing environment for your children by giving them tasks that are beneath their level of ability and making them feel patronised. Obviously they'll have to prove their abilities and you can't let them walk straight into a management role, but there should always be clear opportunities for progression for them, and they should be treated with respect. If you think you might have made mistakes in this regard, talk to your children about it and give them the opportunity to express any anger they may still feel. Let them know that being a part of the business doesn't have to be like that.

Children will bring their own perspective to the business and will often have much more modern ideas, the structure of the business may need to change if it is to appeal to them. Ask them if they are dissatisfied with the way it usually runs and listen seriously to their suggestions. This will not only make them more interested in participating, it may well improve your business image and make it more competitive in the ever changing marketplace.

Just because your business has run successfully for a long time doesn't mean that change can never be appropriate. If your children are to compromise their life goals in order to be part of the business, it's going to have to make some compromises too.

When Children Walk Away

Sometimes there really isn't anything you can do to persuade your children to stick around and become part of the business, let along inherit it. If this happens, you'll need to re-evaluate your own relationship with it. Is it worth your while to keep on working as hard as you have been doing? Are you getting enough out of the family business for yourself? Don't despair, but do think carefully about what you want and need in life. perhaps, instead of planning for succession, you should be planing to sell the business and enjoy a really comfortable retirement.

If your children are not interested in taking over; however, that doesn't mean that nobody is. You may have other family members, such as nieces or nephews, who would love to get involved but have never expected to have the opportunity. Handing over the business to them would mean keeping it in the family and would enable you to see family members benefit from your hard work.

Whatever happens, don't let business matters come between you and your children. After all, family is what it was all for in the first place.

Dealing with Difficult Relatives who are Averse to Change

When a Family Member Wants to Leave the Business.