Home > Business Strategy > Delegation: Recognise your Limits and Persuade Others

Delegation: Recognise your Limits and Persuade Others 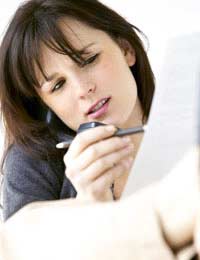 It has often been said that the real art of management is delegation. Nobody can do everything, and by recognising your limits you can strengthen, rather than weaken, your business. But in order to delegate effectively you need to know which tasks can best be handled by which members of staff, and you need to be able to persuade them to take on the work. As well as acknowledging that you're not capable of doing everything, you may need to persuade them that they're capable of doing more than they think!

When you own a business it's important that you are capable of understanding everything that gets done within it, at least on a basic level. Because of this, it's easy to find yourself in a position where you're tempted to take on more and more of it yourself. You may feel that nobody else is as competent as you - it's certainly frustrating to see things done badly - or it may simply seem like less trouble to do things directly. However no matter how capable you are there are natural limits on your time and energy.

When you push yourself too hard against those limits, and you do so regularly, your performance will suffer, even when it comes to the most trivial tasks.

Knowing your limits doesn't mean stopping when you're too tired to function - it means stopping when you're no longer able to do the job well. It means anticipating when that's going to happen and planning ahead so that everything of importance can get done anyway - if necessary, by a different member of staff.

To delegate effectively, it's important to be well organised and have a clear understanding of other people's schedules and workloads within the business. From the business' perspective, there's no point in making your own workload manageable by overburdening somebody else. You should also know which staff members are skilled in particular areas, and you should be willing to delegate tasks - even prestigious ones - when you know there's somebody else available who can do them better.

It's not always appropriate to reduce your burden by getting rid of the work you find most taxing - instead you should offload those tasks that you know can be handled competently by others. This will help to make sure that your staff don't see you as somebody who simply takes advantage of their position to avoid doing the boring or unpleasant jobs.

The Art Of Persuasion

In order to offload a task yourself, you'll need to persuade somebody else to take it on, so you'll need to know how to make that arrangement look reasonable from their perspective. It's helpful to acknowledge from the start that you will have a certain number of tasks to delegate every day or every week, so that your staff understand them as part of the job rather than seeing them as extra work. Make sure you distribute them as widely as possible so that no one person feels unfairly burdened or ignored.

Remember that the tasks you wish to delegate don't have to be seen as unpleasant. Some tasks, even though they require hard work, are considered to be fun to do, or are seen as prestigious because you wouldn't give them to a person you didn't see as highly skilled. Sometimes taking on a task like this can be an alternative to more tedious routine work or can provide an appealing break in the usual day to day routine. Keep these things in mind when you try to persuade staff to take on extra tasks. Think about how they might be perceived positively.

You can even offer small rewards in exchange for the completion of larger tasks that would not normally be a part of a particular staff member's duties, though often the best reward is attention and praise. Make sure you never give the impression that you are taking advantage of people's willingness to carry out extra tasks.

Successful delegation preserves fluidity within a business structure and makes it much easier to cope with varying levels of demand. Don't be shy about delegating and don't worry that it makes you seem inadequate. In fact it's a sure sign that you know what you're doing.

The Environment and a Family Business